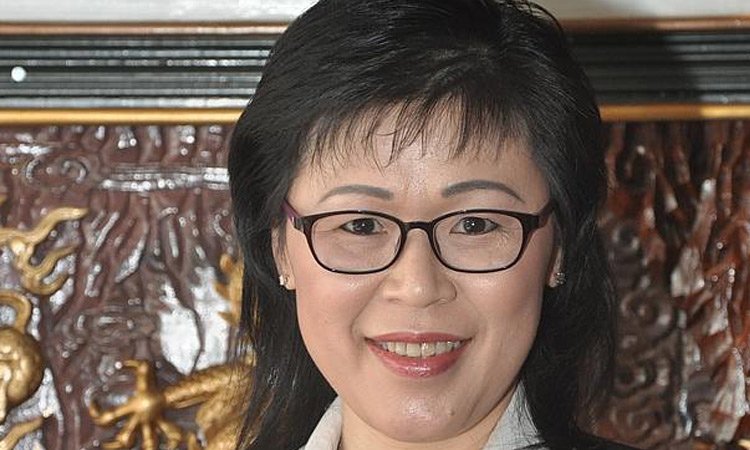 A long lunch at Cloudy Bay, Marlborough, New Zealand. The food from acclaimed NZ chef Ben Bayly was spectacular. It started with a terrine of Mt Cook Alpine salmon and poached poussin, followed by crayfish and blue cod boudin blanc … there were more courses, ending with a terrine of winter citrus and yellow beet, and caramel and duck fat doughnuts filled with pinot noir jam.

Must-buy ingredient: Bananas. Aris, my younger son, blends them with his protein shake along with spinach and kale every morning, and my daughter and I love banana pancakes.

Most embarrassing pantry item: Two minute noodles, for when I’m feeling lazy. I add veggies to them, though, so they’re not so bad.

Can’t live without: Rice. I was brought up the traditional Chinese way in a small town in Malaysia. Mealtimes were always very formal occasions and no one was allowed to sit down until the head of the household, my father, said we could. On schooldays, the family would eat first and my brother and I ate the leftovers. For me, that always meant lots of rice, so I became known as “rice bucket”, meaning someone who can’t live without rice. I still can’t.

What I’m cooking at home: One-pot wonders. Last week I made one with pork, mushrooms, ginger and kale. Another family favourite is bolognese sauce, eaten with pasta, rice or toast.

Next big thing: It might sound a bit crazy, but I’d love to eat at a restaurant that can do more than one cuisine with a high level of competence. So you could start with a Chinese entree, followed by Italian soup, some Indian, Mexican or Italian as mains and French dessert to finish. Just like a progressive dinner, only in the same restaurant.

I hate: Over-flavouring and seasoning of food, especially overuse of salt. Australia is such a lucky country with lots of top- quality produce; we should try to preserve its integrity, not ruin it.

Favourite cuisine: Italian. I find lots of similarity between Chinese and Italian food. What the Chinese call wontons, the Italians call tortellini or ravioli: there are noodles and pasta, fried rice and risotto.

Worst meal I ever ate: At a two-hatted restaurant where I was a guest. The food was so salty, I ended drinking at least eight glasses of water during lunch. As a guest, it would have been impolite to say anything, of course.

Biggest culinary influence: Immigration. I arrived in Melbourne in March 1984, and my first part-time job while studying was working for a Chinese restaurant in Geelong. The great diversity of Australian food and cooking today is largely due to the influence of migrants.

Favourite cookbook: Margaret Fulton’s Creative Cookery Course. Growing up in a small country town in Malaysia, I didn’t have much knowledge of other cuisines. I bought this cookbook in the early 80s and learnt a lot about Western cuisine — roasts, casseroles and baking.

My last supper: A Korean barbecue with my family. It’s easy and fun, and quite different from my childhood dining experiences, where everything was rigid and done according to tradition.